Poised to launch a dart from an atlatl

It’s been 200 years since your family returned to dry land and started repopulating the world. The dragons, elephants, and other really big animals have been busy having babies as well. Your clan is travelling to some pleasantly lonely location where you plan to settle down and name a city after yourself.  But for right now, you just want to find something tasty for supper and that mammoth over the ridge sure looks good. So you pull out your trusty atlatl that Grandpapa Noah himself helped you carve along with the dart your sweetheart fletched for you and call your strapping older boys to help catch some grub.

One of the many exciting things I learned about researching for this blog was the weapon I’m going to talk about today. I’d never even heard of this thing before! Yet, as I study this out, quite a few of our ancestors would be shocked that we could have so nearly forgotten what helped them survive and thrive after the Flood.

According to Evolutionary timelines, the Atlatl or Spear Thrower has been in use for 40,000 years with evidence dating to 25,000 years ago. Basically, we have examples going as far back as we can find evidence of people living all around the world as it now is. Here are some of the early examples of Spear Throwers:

I tried to find early samples from Africa because many sites will tell you that is where they were first used.  But I couldn’t find any. Turns out some other people completely disagree with this assumption (see more in my Quotes article). Does this make them change their story to the public? Not likely.

So why were our early forefathers so fond of this strange seeming thing? Although the Atlatl comes in many forms and sizes, the thing they all share is leverage and spring action. The actual flying part of the weapon is known as a “dart” although it is longer than an arrow and even more flexible. A grown man using a reproduction Atlatl is capable of sending a dart accurately at speeds of 90mph [145kph] over distances of more than 656ft [200m]. The penetration into a target is far better than modern bullets, so they could strike deep into a large animal’s flesh.

When early archeologists found some of these things, they tried recreating them using stiff spears as the flying weapon. It was a miserable failure. So, they figured they’d got it all wrong and kept trying different missiles, right? No, being Evolutionary in their thinking, they figured these ancient people were numbskulls who couldn’t do any better and felt superior. Finally in the 1980s a man named Bob Perkins figured out that they were using the wrong missile. This guy has been studying more and more about how amazing these first weapons really were.

If you look at the links I’ve listed, you will see that the Atlatl comes in a lot of different versions. One of the more interesting variations is the stone weight that was often strapped to it in the eastern US areas.  There are a number of theories about their purpose including, ” balance weights, sound silencers, performance enhancers, and…” the favorite catchall for unknown objects “charmstones.” Personally, I like Atlatl Bob’s idea of them being silencers.

For lots more check out my Quotes of the Day.

The eyes of all wait upon thee; and thou givest them their meat in due season.
Thou openest thine hand, and satisfiest the desire of every living thing.
The LORD is righteous in all his ways, and holy in all his works.
The LORD is nigh unto all them that call upon him, to all that call upon him in truth.
He will fulfil the desire of them that fear him: he also will hear their cry, and will save them.  Psalm 145:15-19

There are several modern manufacturers for the Atlatl, this one has some cool pictures and recreations. 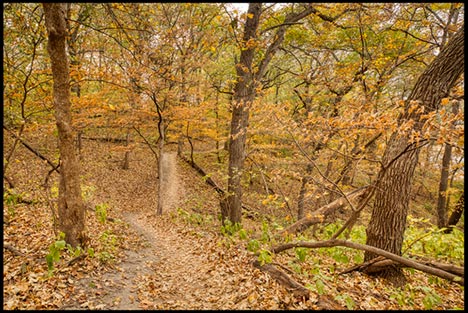 “O God, do not remain quiet; Do not be silent and do not be still...That they may know that You alone are the Most High...” Psalm 83:1

“O God, do not remain quiet; Do not be silent and do not be still...That they may know that You alone are the Most High...” Psalm 83:1