Do you wear braces? Have you had to see an orthodontist? I bet the last thing you thought your doctor would be doing was helping us discover more about caves and fossils. But, there’s one who did just that.

It is partly because of Dr. Jack’s work that everyone in the scientific community treats Neanderthals as real humans nowadays.

Back in the 1970s, Dr. Jack Cuozzo  [Coo-ah–zoh “close enough”, he says] decided he wanted to study more about the “cave men” of Europe. He was able to gather some radiography equipment, contact the museums in Europe that house the skulls of these ancient people, and gather his young family to help him out.

Dr. Jack was honest and responsible working with the museums. In exchange for access to the fossils, he would provide them with copies of the radiographs for their own continued study. He and his son (who hadn’t turned 13 yet) were super careful handling the fossils (mostly). They were professionals.

But, what he didn’t tell the museums was, he didn’t care about Evolution. He wasn’t going to force the fossils to look as much as possible like apes.

What happened to Dr. Jack, his family, and his coworkers when the museums found out what he was doing is thrilling and scary stuff. You want to see God at work protecting His people and helping them get the truth out, read his book, Buried Alive. 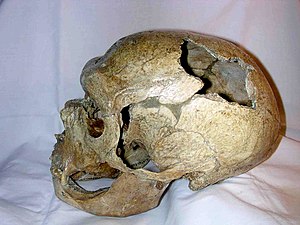 Now, those stories are just the opening chapters of the book. There’s lots more information and ideas about how Neanderthals [knee-and–er-talls] got to look the way they did. There are even chapters, surprise, surprise, on their teeth and jaws.

There are also sections talking about the caves where the fossils were found. It was Dr. Jack who first told me about the radioactivity in some caves being so strong they can’t open them to the public. He even caught a picture of a dinosaur cave painting while running away from a guardian.

But, I don’t want to spoil it for you. So, you’ll have to get ahold of your own copy to find out more.

Plus, I haven’t read the book for a couple years and packed up my copy for safekeeping in August. So, why write my review now?

Because Dr. Jack needs us.

I was part of a meeting yesterday and got to hear from Dr. Jack how he’s doing. He’s struggling with Leukemia. Some time ago, he went through chemo, which is no fun. Now his doctor isn’t happy about his blood count and wants him to do it again. But Dr. Jack isn’t ready to travel halfway across the country to get some of the most uncomfortable medical treatment ever invented (and yes, I mean worse than newly adjusted braces). Especially when it might well not even help him.

So, he asked us for prayer. Eric Hovind was our guest and you should have heard his prayer. If you want to get prayed for, ask him! Then I slipped in a quick question: could I share about his condition with all of you? Dr. Jack was more than happy to have you all bring his need before God’s throne.

Dr. Jack has a wife, grown children, and grand children. You know what you would ask Jesus for if it was your grandpa. Most of all, Dr. Jack wants to follow God and His will. At times like this it can be really hard to know what that will is. So, guidance and peace are easily as important as comfort.

And the LORD shall guide thee continually, and satisfy thy soul in drought, and make fat thy bones: and thou shalt be like a watered garden, and like a spring of water, whose waters fail not. Isaiah 58:11

JackCuozzo.com Click on the Buried Alive cover photo to order an autographed copy

And a short bio with more interesting links on CreationWiki

What an interesting sounding book! I pray the Lord will sustain his health to still be with us to do the Lord’s Work