Dawn Redwoods turn colors and drop their leaves in the Autumn

For a couple of weeks I had a plant in my kitchen that everyone agrees hasn’t changed since dinosaurs were plentiful: a dawn redwood seedling.  Unfortunately, I forgot to water it too long and it bit the dust.  One thing I didn’t lose was the story of how it was rediscovered (by the world at large).

If you’ve ever looked at a book on dinosaurs at your library, you will see paintings of them with volcanoes in the background and some very strange plants growing around them.  Why do they draw them that way?  Because of what we see in the fossil record. 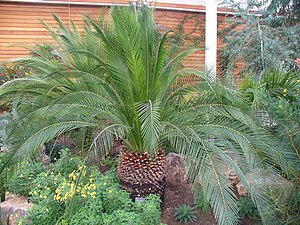 One of the main beliefs of Genesis-rejecters is that the lower down a fossil is, the more millions of years old it must be. They look at the types of fossils in a certain layer and assume that all the things found in that layer were alive at the same time, but not alive at the time of layers under or over it.

So, what do they do with living things that look the same both as fossils and today?  Darwin himself gave them an answer.  He just called them Living Fossils.  As a creationist, I would call them Flood survivors, just like humans and everything else still alive.

Here are some of the plants we all agree lived with dinosaurs that are still making it today: 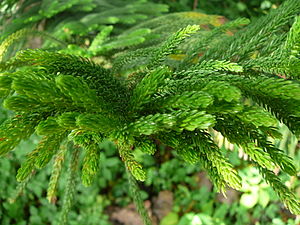 Naturally, all these things are much harder to

explain using the framework of biological evolution than our belief in a perfect creation that had a major catastrophe interrupt it.  I’ve collected a few pages on these plants that were fossilized but still survived from creation sites for you:

Creation Revolution has an Article 4 Kids on Living Fossils.  They open with a photo of an Ariziona

John MacKay of the Creation Research Group really likes the Wollemi Pine.  They even grow some in their living museum.

Northwest Creation Network has covered a number of Living Fossils. Click on their links to read more 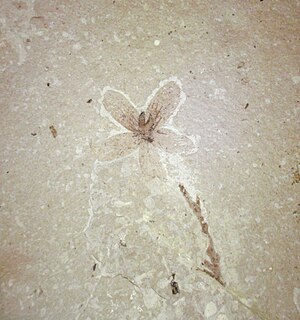 Florissant, Colorado, USA. This flower fossil dates back to the late Eocene epoch, 35 million years ago, or does it?

Creation.com has more, but I’m linking to their article on Horsetails (they have links at the bottom to the rest)

The Institute for Creation Research has lots of articles on Living Fossils.  I’m linking you to the shortest (the titles alone to other articles are cool “Dinosaurs ate Rice”?  What?

And last, but not least, Answers in Genesis’ take on Living Fossils with the history of scientific thinking on how they continue to be.

and from Jesus Christ. Jesus is the faithful witness. He is first among all who will be raised from death. He is the ruler of the kings of the earth.  Jesus is the one who loves us and has made us free from our sins with his blood.  Revelation 1:5 Easy-to-read Version (mostly)

For more on Cycads, Fossil News (evolutionary) has a detailed page

I love to learn from you. Thanks!!

Thanks, I didn’t know most of this stuff yesterday myself. Learning and sharing is a big part of what God made me for. I didn’t even take my birthday off… 😀 I’m finally getting to your posts, too.

yes, the reading pile seems to grow, doesn’t it? LOL