Let’s start with why this concept is so important:

Evolutionists have only a few available tools to explain how things could change from tiny blobs to specialized “higher” organisms. Here’s their list:

Migration is the process of populations use to share different genes. Bacteria can do this directly. People do this when dad is from a different group than mom; their children usually become a blend of features.

Genetic drift is rather sad. It says some perfectly healthy organisms never get to be parents. Their genetics are lost just because of some sort of accident.

Natural selection is a way of saying only organisms with healthy enough bodies can have children. If something goes wrong too badly, they will be eaten or get too sick to ever become parents.

This only leaves mutations to carry the whole load of creating a new organism unlike anything before it (if Evolution were true). Let’s see if they can handle the pressure.

A mutation is a mistake in a creature’s DNA. DNA uses a code of just 4 letters to program everything the cells in every body need to grow and function. It seems too simple to work properly, but computers use a code of just 2 letters- 0 and 1 to do everything, so 4 gives DNA plenty of options to work with.

The human DNA set (genome) has around 3 billion “base pairs” or letters in it. That’s a huge amount of data for a cell to use and this is where mutations get their chance. Every cell has to copy all those letters when it divides. If something doesn’t get copied exactly right, it is a mutation.

DNA works like a written language, but with very different grammar. Every DNA “word” is exactly 3 base pairs long, so it doesn’t need spaces to tell you when the word ends. It also uses special codes to tell when the end of a “sentence” happens, but for mutations, the words are the most important to understand.

There are several different kinds of mutations:

To see how these mutations would work in English, check out this fun page at Genetic Health: Mutations in DNA.

Deleting and adding a single letter can mess up a whole area of DNA if it doesn’t happen right at the end of a section. Unless you lose exactly 3 letters, everything from the mutation on changes completely. Muscular dystrophy can be caused by a “frameshift” mutation like this.  Many of the problems a developing baby can have are caused by these kinds of mutations. 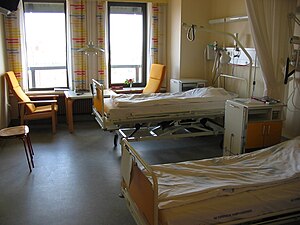 Some of the best known mutations are caused by a single letter switch. Sickle cell anemia with horrible problems including pain, a weak immune system and other serious problems is caused by one of these “single point mutations” where a letter is traded out for a different one.

Other mutations are caused by a small set of added letters. Huntington’s disease (a serious brain disorder) is caused by extra copies of a single 3 letter word. Tay-Sachs disease causes death within a few years of birth by not having a working cell cleaning enzyme. The enzyme can be messed up by a number of mutations, some removing letters or sections and others adding a few base pairs. You can learn a lot about how the enzyme is supposed to work HERE.

All of these problems are enough to make you cry, but this is what mutations do in the real world. When I looked around for examples of “beneficial mutations” or, mutations which do good things, I found Sickle Cell Anemia as one of the best cases. There’s one other which can protect you from getting AIDS by breaking a cell entry point, but it also leaves you with a high chance of developing a serious liver disease.

These were the only two human mutations (out of more than 100,000 known) I’ve run into which are supposed to be good for us. Other examples show how creatures can lose switches to turn processes on or off.  These changes can help them survive things like antibiotics or pesticides. But they are not going to help them turn into anything new or even survive better in ordinary situations.

Scientists have never once seen a mutation create something new. If they had, you would hear about it all the time and run into it in every Evolution textbook. But, nature serves its true master, the Creator God!