My kids’ reenactment of life after the Flood

I can’t tell you how many times I’ve read a book or listened to a program about dinosaurs flatly informing us that no human being has ever seen one alive.

Does the Bible say anything about this?

We just never called them that until the mid-1800s. We called them dragons. (That’s my eldest son’s “Dragony” in the foreground).

Here are a few things people have made that show dinosaurs:

Check out this mosaic found in Italy showing life along the Nile about 100 years before Jesus was born. It is called the Palestrina Mosaic after the town it was found in.

100BC mosaic of nile warriors fighting a dragon

The particular dragon shown in this scene was called a crocodile-leopard. Is that what you would call it? (This scene also shows what REALLY happened to the dinosaurs.) 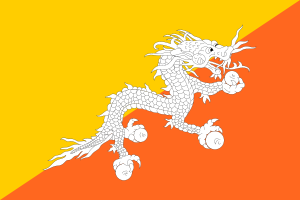 Next we have an example from the Far East, or rather the Top of the World.  Bhutan is just east of Nepal up in the Himalayas. There are so many drawings, statues and carvings of dragons in the East that you might just get the idea people knew about these animals.

Cultures around the world have all had stories and pictures of dragons. Europeans grow up with stories of brave warriors fighting dragons. Western Africans have these stories too. The Tagalog of the Philipines, the Maori of New Zealand, and the Algonquins of the USA all have stories of dragons.

Just to compare, here’s another animal from the same gate so you can decide if those artists were any good at showing an animal accurately:

And one more version from the Vikings. What do you think, did they copy something somebody had seen, or did they have really vivid dreams? 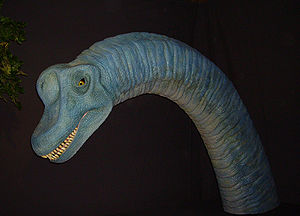 In that day the LORD with his sore and great and strong sword shall punish leviathan the piercing serpent, even leviathan that crooked serpent; and he shall slay the dragon that is in the sea. Isaiah 27:1

Answers in Genesis has written quite a bit about dragon legends around the world. You can learn a lot wandering their section on the subject.

I had a look around JafiraDragon.com and liked its summaries of dragon stories around the world, and listing of general characteristics by region. Even their Theories page makes me wish the author knew God agrees that people were alive at the same time as dragons/dinosaurs/pterodactyls, etc.

Perhaps the most interesting of the websites that realizes this is: S8int.com he has a whole section on Mega Fauna that’s mostly about dragons.

My favorite book about dragons an people:

Answers in Genesis carries a number of dragon materials, from books to DVDs. Clicking through from my page and purchasing something means I get an automatic percentage of whatever you choose. Thanks!