Kinds, Relatives, the Ark, & You 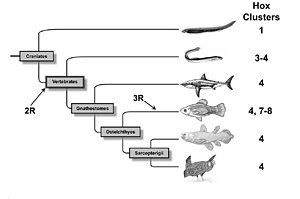 We’re used to Evolutionists telling us everything is related. From sponges to lizards, from apes to you is supposed to have come from one or a handful of original lifeforms. They love talking about how animals develop into separate species when something keeps one group from having babies together with another group.

We can see this happening today.

What they want us to think is that, in a couple dozen million years, one group will have turned into some brand new organism no one can yet imagine. At the same time, the fossil record shows us at least some organisms are basically the same no matter how far down you dig. What are we to think?

Part of the problem Darwin had with the popular science of his day was a belief called Fixism.

Fixism is the fancy (and easy) name for the belief that the way animals and plants are today is the exact way they’ve been forever. (There’s another version of this for geology claiming the continents have never changed, either.)

This idea goes back a long time and was studied by early modern scientists who got a lot of their ideas from Greek writings. Grownups might enjoy learning more by reading this really long link.

The important thing to know is, those of us who believe God created all creatures are still said to believe in Fixism. But do we?

We obviously don’t believe people have “ape-like ancestors”. We believe all human beings have one set of original parents, Adam and Eve. But we aren’t shocked to see people who look very different from each other.

Today scientists can study the range of differences in our DNA giving our bodies directions to make all the variety we see in each other. At the same time we can see it only takes a tiny change to make these things happen. We are genetically super close to all people, even those from the other side of the world. Just like we were expecting. 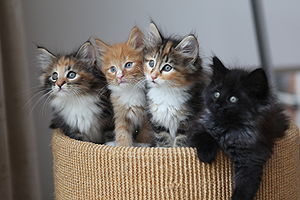 What about animals? It doesn’t take too much study to find all our dogs and housecats developed from an original version. Today the “breeds” look so different it’s hard to imagine how they could change so much. But we know they did!

You would need to ignore a lot of evidence in the world around to believe God created Persian Blue cats and Holstein cows on Day Six. Let’s take a minute to see what God tells us He really did during Creation Week:

See that word “kind”? In Hebrew the word is “meen“. God used it 10 times in Genesis Chapter One. Noah used the word 7 times talking about the animals he took onto the ark.

Today, creation scientists have decided it’s about time we figured out just what God was talking about. They call this study “baraminology“. The “bara” means “created”, with the word for kind right after. So the word means the study of “created kinds”.

Just after Jacob Howard’s article on the American Badger, the Creation Magazine has a short article on the members of the “badger kind”. Hearing the list of animals they believe came from a single set of parents on the Ark was mind-blowing.

Turns out there is plenty of evidence for many animals to be related to one another back to what we usually call the “family” group. I’ve run out of room to talk about them today, but plan to write more soon!

For more, check out this post by Jacob Howard: A “Kind” Puppy