In my last Limestone post, I talked about how water needs to be carbonated to hold on to the Calcium Carbonate.  As the water “goes flat,” the CC drops out and forms Limestone.  Here is one of these types of Limestone:

Oolite [oh-uh-light]:  This is a really cool stone that I’d never heard of until I started researching last week!  The name means “egg stone” but it’s actually made of very tiny “pearls” of Limestone rolled around some sort of nucleus, usually a sand grain or tiny sea critter.  These get cemented together with more Limestone to form rocks. So some oolite has fossils in it, but not all of it.

How does this stuff form?  Mini Me Geology (with a good sample photo) says it forms, “when layers of calcite are deposited around a sand grain or fossil piece and are rolled around in calm water.”  But the U. of Tennessee says they form in a “high energy” environment.  One of these two sites is mistaken.  Which one do you think is more likely?

I found some really great pictures of Oolite under a microscope.  Be sure to have a look at how much of this would have been formed by a sea creature even when there was one at the very middle.

Most of the important locations of Oolite are in England or North America.  It’s the stuff the Cotswolds people build their cottages with. The gray stone of the famous row houses of Bath is made of Oolite as well.

And now I know the answer to my mom’s question about why ordinary cement is called “portland cement!”  The Island of Portland off the southwest coast of England, has a lot of Oolite which the cement looks like.  [Note that even Wikipedia has to warm have the water up somehow in order to drop the CC out of it; they just say it happened verrrrrryyyyy ssssslllowwwwlllly!.]

The Florida Keys and the Bahamas have oolite rocks called Miami limestone.  Geologists like to take trips to see the shallow sea environments that are still slowly forming these rocks today.

It would be interesting to visit a town in Indiana named Oolitic; guess what they quarry!  There are also large deposits in Idaho and in the Great Appalachian Valley to the east.

Well, that’s all the limestone that was sure to have been around by the end of the Flood, but now we can move on the what happened after!

And turn back do the waters from off the earth, going on and returning; and the waters are lacking at the end of a hundred and fifty days. Genesis 8:3 Young’s Literal Translation 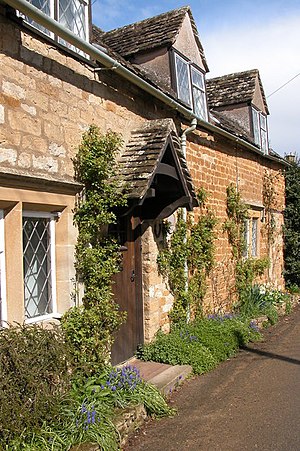 Scientific article on how so much Oolite got on the Bahamas coast:  “Corroboration of models #2 (outer platform erosion) and # 4 (westerly flux) further indicates that past depositional environments and sedimentary processes on Great Bahama Bank could have been significantly different from those operating today.” [italics mine]  They sure were!!

Conclusion of a Scientific study of the Appalachian Oolitic rocks, “An overall interpretation of Conococheague cycles as the regressive deposits of carbonate tidal flats.”  In English: we figure these rocks were formed by carbonated water running off the the flats.  Check out what Genesis 8:3 says for more.

Congratulations, I’ve just nominated you for the “Mrs. Sparkly Ten Commandments Award” Check out my post about it… http://forhisgloryandpraise.wordpress.com/2012/06/25/two-awards-in-one-mrs-sparklys-ten-commandments-award-36/ !

Congratulations, I just nominated you for the “Reader Appreciation Award”! Check out my post on it… http://forhisgloryandpraise.wordpress.com/2012/06/25/reader-appreciation-award-and-thanks-for-writing-award-27/