Some time ago, I wrote about how Evolutionists still believe in spontaneous generation, just giving it a new name: Abiogenesis. That post mentioned Pasteur a bit and included a picture of one of his experiments using “swan flasks”. Ever since then, I’ve had a trickle of people searching for info about Pasteur’s flasks.

Eventually, I got so curious I did some searching of my own. Here’s what I found:

Darwin’s Origin of Species book retelling the ancient idea of biological evolution was first printed in 1859. From the beginning, many people recognized what believing in life creating itself would do to Christianity and human equality, including Louis Pasteur.

Just a few years before, Pasteur had begun studying how microbes (tiny living creatures like bacteria and yeast) were the cause of food spoilage. He was in a perfect place to understand what Darwin was claiming and the scientific truth about life. He was soon busy showing how impossible the #1 necessary step of Evolution was: getting life to start in the first place.

Since the time of the ancient Greeks, people had believed everything from flies to mice to eels just popped into being every day. Slowly, scientists had shown all of them actually had parents.

But then we developed microscopes and started seeing all kind of miniature living things that Pasteur first called microbes. Where did they come from?

Others had tried to show whether microbes just came to life whenever things were right. Some reported that droplets of ocean water reenacted what they believed had been happening since the dawn of time: life springing into being all by itself. But no one really knew how these invisible things worked and they made mistakes like letting air in or not heating things enough to kill everything.

We all understand what Pasteur was the first to figure out: you don’t have to touch something dirty to get germs on you. Bacteria and viruses float around in the air ready to settle into a pleasant environment like your lungs and nose.

Pasteur proved this when he managed to catch some microbes from the air in cotton. He cultured the cotton and it grew the same kinds of microbes as usual. Now it was time to see if stopping those airborne germs stopped life from starting in a flask.

Here’s how Pasteur did it:

Nothing grew in the broth

Some people believed in a “vital ingredient” in air, so Pasteur broke off the tip of the glass neck to let air flow through. But the swan neck shape would catch anything heavier than gas. No microbes could float through.

Finally, Pasteur tipped the flask to expose the broth to the trapped microbes

As you know, Pasteur’s experiments were undeniable; what he discovered was true. To this day, evolutionists don’t like to talk about spontaneous generation; most books skip right over it to the “first cells”. The most recent experiment “proving” you could get life to start from non-life is over 60 years old. Some scientists have even turned to asteroids to give them enough time for the impossible to happen.

But, nature serves its Master whether people are willing to worship Him or not.

Let God be true, but every man a liar; as it is written, That you might be justified in your sayings, and might overcome when you are judged. Romans 3:4

Want to see Pasteur’s original flasks keeping germs out? Have a look at the bottom of this page by the Pasteur Institute

You can do Louis Pasteur’s experiment for yourself with the right supplies. This article on how to do it at Biology Junction is worth the read even if you don’t have a lab.

There’s also an interesting 7 minute video about the Swan Flask Experiment at the Education Portal.

Did you notice how much these pages sound like creationists? The people who believed in spontaneous generation are rightly seen as ignorant of reality.

I found a lot of information for this post in the Answers Research Journal article by Alan L. Gillen and Frank J. Sherwin III: Louis Pasteur’s Views on Creation, Evolution, and the Genesis of Germs

Want to see Pasteur’s thoughts on evolution and the origin of life for yourself? Check out this speech he gave in 1864.

This has been a great site to show my kids for their homework so that they could make a class presentation. Thank you guys for this.

I’m glad it’s been helpful, Johnathan.Let me know how it goes for them! 🙂

A fascinating interpretation of the results. It may be illustrative to consider what Pasteur was claiming in the light of these results, specifically, that life does not regularly pop into existence from nothing – not that life never originated. To answer his question, he designed an experiment to refute the idea of spontaneous generation occurring regularly under normal conditions. He was not asking whether life ever came from non-life. If this was his question, he would presumably not have made the assumption that the early earth was nothing more than boiled meat broth and would have come up with some other model – perhaps similar to Miller – Urey.

Hi, Jack. That may be possible, but in reality Pasteur gave the experiment an unfair advantage by starting out with organic compounds already in place. As for Miller- Urey, have you ever wondered why the most famous “primordial soup” experiment is over 60 years old? It didn’t really work out so well.

Great stuff! I am excited about using this information with my church adults. People need to know that there is scientific evidence that points to Creation. Love this. Thank you!

Thanks, Lou Ann. I’m flattered you want to share with adults, just don’t forget the young people too. 😀 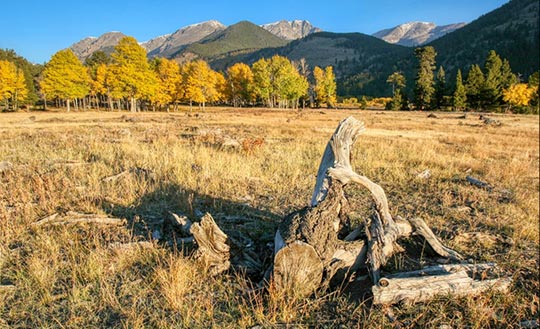 Can Natural Selection Make Anything?

U of C Berkeley: “Natural selection is one of the basic mechanisms of evolution, along with mutation, migration, and genetic drift.” But Natural Selection, as we shall hereafter see, is a power incessantly ready for Read more…