Wandering Stars: The Planets, Plus Rock and Shadow Experiments

Episode 18: This podcast wraps up our series on the celestial bodies God created on Day 4 of Creation Week with the planets. We explore why we call them “planets”, learn something special about each one and even a couple ways to remember their names in order. Then we share how we tried out our new geology kit and our first experiment for this year’s science course.

If you enjoy the show, please leave us a rating (5 seconds) or review (2 minutes, tops). Thanks!

“…wandering stars, to whom is reserved the blackness of darkness for ever.” Jude 1:13

Talk about a strange statement. This verse used to confuse me until I found out this:

The term “planet” originally meant “wanderer”: it was observed long ago that certain points of light wandered (changed their position) with respect to the background stars in the sky. In ancient times, before the invention of the telescope and before one understood the present structure of the Solar System, there were thought to be 7 such wanderers or planets: Mercury, Venus, Mars, Jupiter, Saturn, the Moon, and the Sun. University of Tennesee

When the Greeks observed the sky thousands of years ago, they discovered objects that acted differently than stars. These points of light seemed to wander around the sky throughout the year. We get the term “planet” from the Greek word “Planetes” – meaning wanderer. NASA

For some reason, the Holy Spirit had Jude think of lonely planets wandering in the dark forever when he described the kind of men who had “crept into” the church. I sure wouldn’t want that to be my fate.

But the real ones are fascinating to learn about!

To see the new photo of Pluto, scientists first reactions, and a creationist’s commentary, check out:

Correction: I forgot it was Saturn that has the hexagon shaped storm at its north pole. I said it was Jupiter. But, we still don’t know how come it’s that shape.

Trying out our Geology Kit

A while back, Cornerstone Educational Supply sent me a bunch of stuff including a geology testing kit. Although I never found a guide in my box, they did have one posted at the bottom of the product page.

It was a challenge searching out different stones to test for hardness, streak, magnetism (we haven’t found a magnetic rock yet), and acidity.

Not everything worked like we might have wanted, but enough did that we spent a good bit of time trying things out. We checked out the minerals in the spy glass, made powdery marks on the streak tiles, scratched them with the nail, and tried to get a rock to bubble with vinegar.

I can hardly wait to run into more types of rocks to bring home and test!

Last, we shared how we tried out the first experiment in Dr Wile’s new science textbook:

Science in the Ancient World

I confess I bought this because it sounded like fun for me, but we’ve covered most areas of science in a general way, so it was more or less an elective year anyway, and why shouldn’t the instructor have fun, too? 😀

Besides measuring the telephone pole, we were supposed to use our own shadows as a check, but I missed those instructions until too much time had passed for the shadows to be accurate. But as a general way to measure something that stands up straight, a noontide shadow works pretty well!

BTW I forgot to mention in the podcast about how “time” fit in the experiment. The telephone’s shadow didn’t run due north here until 1:35pm. One hour is obviously Daylight Savings Time, but the 35 minutes tells us we are off by that much from our natural time to fit into a standardized time zone.

Perhaps we’ll cover that in some other episode, but this podcast was nearly 30 minutes long as it was!

Neither of these places have affiliate programs for me to advertise, but are wonderful resources I highly recommend 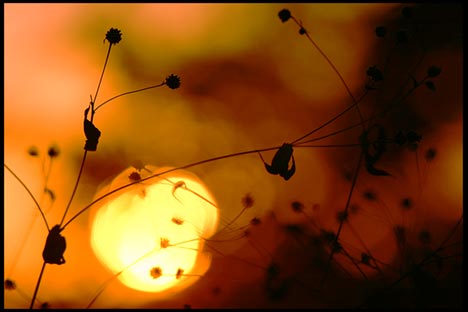 [Podcast episode 84] If you enjoy the show, please leave us a rating (which takes 5 seconds) or review (2 minutes, tops). Thanks! Or you can keep up with us on android here:   Who Read more…