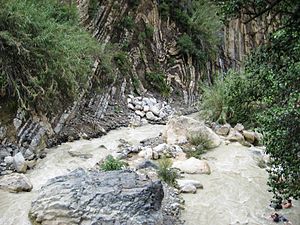 From Myle Park College Folded Mountains, “Scientists have found fossils of dead sea creatures thousands of metres up in the Andes in South America.  These creatures lived in the sea, and their remains sank to the ocean floor when they died. Their remains were trapped in newly forming rocks which are later pushed up from under the sea when plates collide to make fold mountains.”

There you have it!

From Daily Mail Science Tech, “The ammonite was discovered in sediment which formed at the bottom of the ocean during the Cretaceous period – on a surface which, 128 million years, later would lie at the top of the Dolomite mountains in the Alps….As the centuries passed and the Alps folded out of the sea, some of the former sea bottom sediment ended up on the peaks of the Dolomites.  And it was here in the Puez-Geisler-Natural Park, at a height of around 2600m, that a section of the former seabed was discovered – with the thickest density of fossils from pre-history yet discovered.”

From Earth’s Dynamic Systems Chapter 7, “Almost every exposure of sedimentary rock shows some evidence that the strata have been deformed. In some areas, the rocks are slightly tilted; in others the strata are folded like wrinkles in a rug. Small flexures are abundant in sedimentary rocks and can be seen in mountainsides and road cuts and even in hand specimens…. Large folds cover thousands of square kilometers, and they can best be recognized from aerial or space photographs or from geologic mapping.  Like faults, folds form slowly over millions of years, as rock layers gradually yield to differential stress and bend.”

Why couldn’t they just leave off that last sentence?  The rest is awesome!

Did you notice that folded rocks aren’t a rare thing but very typical.

Who has measured the waters in the hollow of his hand, and measured out heaven with the span, and added up the dust of the earth in a measure, and weighed the mountains in scales, and the hills in a balance?
Who has directed the Spirit of the LORD, or being his counselor has taught him?
With whom took he counsel, and who instructed him, and taught him in the path of judgment, and taught him knowledge, and showed to him the way of understanding?  Isaiah 40:12-14 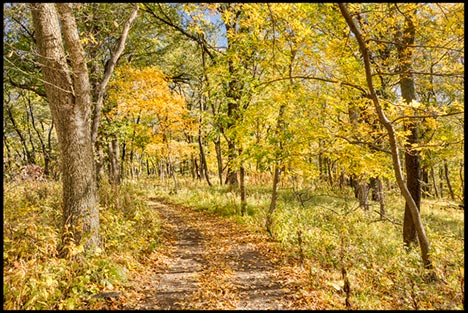