Travertine and Tufa: Quotes for the day

I found so many good quotes while researching Travertine and Tufa that I decided to post them seperately so they aren’t too overwhelming.

Quote from the Australian Tufa Dam Study, “The younger limestone – the Carl Creek Limestone – is thought to have been deposited in small rainforest lakes that flourished in the wetter climate of the time. This limestone has become famous for the fragments of fossil vertebrate animals it contains…. Fossils include marsupial lions, carnivorous kangaroos, diprotodontids, huge pythons, platypus, crocodiles and bats.”

I don’t know about “small lakes,” or how they know the fossilized kangaroos ate meat, but the climate was a whole lot wetter at the time!

From National Geographic, “Such moving water is among the most powerful of nature’s landscape-altering tools.”

Just replace “God” for “nature.”  Moving water is what the Flood was all about.

A site describing fossils found in Hungary, “The accepted theory is that this is the site of a river flowing into the tropical sea, and it was used by animals as a wading and drinking place. But the Eden of 20 million years ago was by no means a wholly peaceful or safe place – due to the activity of volcanoes. Experts think that one such warning caused all the beasts to flee, but that it was the huge quantity of volcanic dust rather than lava that enveloped and buried the ancient world. In this way the muddy river banks solidified, and so preserved for all time the patterns of the plants, the three-hundred-ft (100 metre) giant pines, and the prints of the animals that range from the tiniest birds’ claw to the paws of big cats. Archaeologists have discovered to date over three thousand fossilized footprints from twelve species of animal.”

Just forget the “20 million years” and you’ve got it.

And the title of this book says it all, “Age and backfill/overfill stratigraphy of two tufa dams, Tigray Highlands, Ethiopia: Evidence for Late Pleistocene and Holocene wet conditions”

There sure were “wet conditions” when those rocks were laid down!

Sanctify them through thy truth: thy word is truth. John 17:17 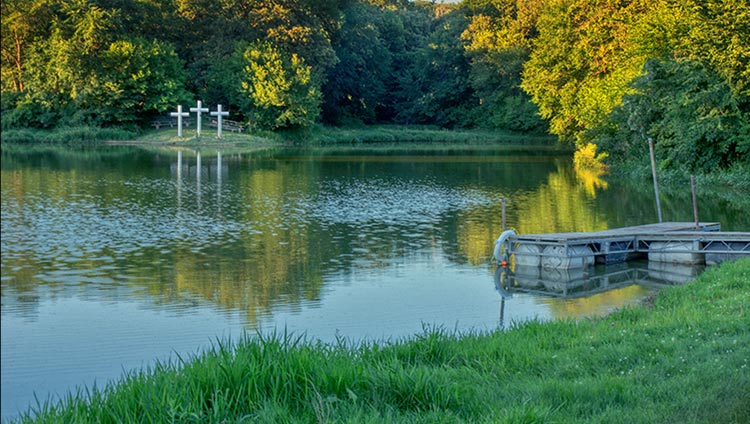