A few extra quotes I ran into while researching Fossils: Memorial of Death 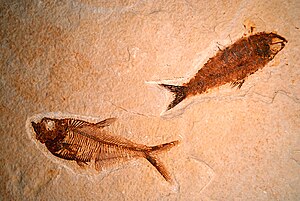 “Having such advanced reproduction for a fish that primitive is amazing,” Long said.

It is surprising if you believe “primitive” means closer to a “simple” ancestor.  It doesn’t surprise me any!

How to tell if your fish is dead by Wikihow:

“Most fish sink when they die, but float to the top as they begin to rot. With small fish, this

can happen in as little as 24 hours.”

So why are there so many fish fossils if they normally float when they begin to rot?  Maybe they were buried quickly before there was time for them to rot.

“For more than a century, the Green River formation in southwestern Wyoming has been famed for its preserved fossils, most of them herring-sized fish. The thin-layered strata there were laid down as sediments in ancient lakes, and some layers… contain as many as 500 fish fossils per square meter (46 per square foot). 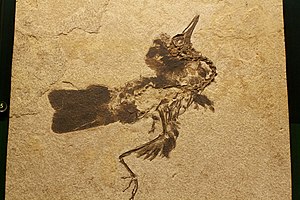 …that scenario doesn’t explain the fossilized remains of birds also found in the layers, Hellawell suggested.”

I wonder why they don’t want to consider a massive flood event pouring mud over them?

People knew God, but they did not honor him as God, and they did not thank him. Their ideas were all useless. There was not one good thought left in their foolish minds. They said they were wise, but they became fools.

Instead of honoring the divine greatness of God, who lives forever, they traded it for the worship of idols—things made to look like humans, who get sick and die, or like birds, animals, and snakes.  Romans 1:21-23 Easy-to-read Version

Hi, I just wanted to point out that the fossil images you used here don’t support the message you intending to make about massive flood deposits. Both of these are Eocene fossils (30MYA) which are nearly universally accepted by YECs as being found in post-flood deposits. Snelling and others would say the Green river desposits were a post-flood lake that experienced various volcanic events. These fossils are found in ash-mixed layers strongly suggesting rapid death due to large volcanic events. The anoxic conditions of this lake would have prevented bloating. The bird fossil also is easily explained as a ash fall kill. Regardless, I think everyone agrees these fossils were not formed in a massive flood. Ironically these fossils show that not all massive fossil beds must be the result of a global flood but can result from local calamities. Joel

Hi, Joel. I really appreciate you taking the time to help me with the science of fossils here. Thanks!
“the fossil images you used here don’t support the message you intending to make about massive flood deposits.”
Actually, I don’t claim these fossils were all produced by a single flood. I’m responding to the Uniformitarian idea that deposits are always laid down slowly with everyday processes being the only mechanism considered.
I have no objection to the Green Lake Formation being post Flood, I do object to the idea that it supports millions of years.
“The anoxic conditions of this lake would have prevented bloating.”
I have a whole article on “anoxic conditions”. You might find it interesting:
https://creationscience4kids.com/fossil-formation-preserved-by-no-oxygen-water/
~Cheri