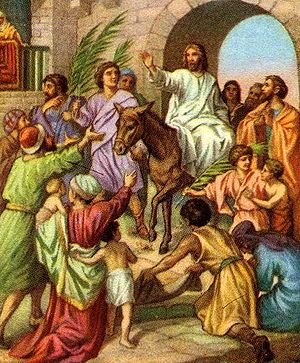 The other night I was reading Revelation 5:13 for the umpteenth gazillion time and I saw something I’ve never seen before (ask your pastor, you can never learn everything there is in the Bible, even the bits you know best).

And every creature which is in heaven, and on the earth, and under the earth, and such as are in the sea, and all that are in them, heard I saying, Blessing, and honor, and glory, and power, be unto him that sits upon the throne, and unto the Lamb for ever and ever.

Before I tell you what I saw, let’s go over some basics.  When you want to learn something you start by asking questions. Let’s go over the ones every journalist knows: the five Hs and a W.

I know, I know, it almost drains the life out of a verse to pull it apart like that, but in order to get to the deep stuff you have to.   Have you ever memorized something?  You have to go over it so many times you get sick, but then it is yours.  Once you’ve done the hard work, you can enjoy reviewing and thinking about what you have learned any time you want and add life back in to your new understanding.

Here’s what I was focusing on while reviewing this verse the other day.  The list of every single creature describes them by where they are, rather than what they are.  “In heaven” would be all the angelic beings as well as God’s people who have joined them at that point.  “On the earth,…  and such as are in the sea”: well, that would be everything living on earth when this event occurs.

But what about “under the earth”?  I’d always figured it just meant moles, earthworms, and such, plus probably those people who had already died without Jesus’ covering blood. This is true, but not yet all-inclusive.  There is a whole other set of creatures “under the earth.”  You already know what I’m getting to because I had to put it in the title: fossils.

Every time we dig up a fossil or examine one at a museum, it declares the power and judgment of God.  They are indeed silent witnesses to the “honor, and glory, and power” of the Creator.

It is interesting that they are part of the group that adds “blessing” to Him as well. Fossils are the best sources we have to learn about the full range of creatures God made for the original world.  Would you know God made giant lizards bigger than a school bus without fossils? There is also God’s promise that the world will someday be restored.  Exactly how this will work out is a mystery, but here are some of our best clues:

Everything God made was allowed to become like something
that cannot fulfill its purpose. That was not its choice, but God made
it happen with this hope in view: That the creation would be
made free from ruin—that everything God made would have the same freedom
and glory that belong to God’s children. Romans 8:20,21 Easy-to-read Version 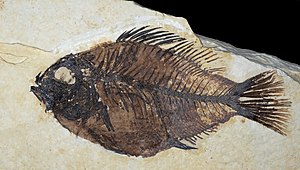 Lord, all living things depend on you….When you take away their breath,they die, and their bodies return to the dust.
But when you send out your life-giving breath,things come alive, and the world is like new again! Psalm 104:27a,29b,30 EtrV