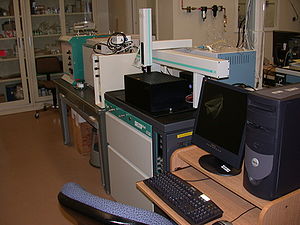 I’d been kind of avoiding this topic, because it is a major eye-crosser. But it is also at the very heart of the Evolutionist’s creed.  Here’s what the Federation of American Scientists has to say about the importance of Radiometric Dating, “The skills of stratigraphers over the last 200+ years has produced a general geologic column and a time scale that proves to be quite accurate. But this accuracy had to be confirmed by some independent method that measures absolute time. That had to await the discovery of radioactivity in the late 19th Century”

So, now to try to get our heads around what Radiometric dating means!  I finally found a Kids’ Page that had more than two sentences to describe what scientists are doing.  Unfortunately, it’s about as eye-crossing as a typical grown-up’s page!  So here’s the gist of what they’re looking for:

Well, if you’re as smart as I think you are, I bet you can find some problems with Radiometric dating.  In one of my first posts, I mentioned how Evolutionists will never be able to let go of Uniformitarianism no matter what evidence we actually have.  Here’s a big part of why they dare not admit that processes are not always constant through time.

I had some trouble finding a secular site that would use normal people terms to describe what scientists are doing when they study Radioisotopes [radio-eye-so-toe-ps] (the bits in rocks that change over time).  I wonder if they are trying to keep this stuff mysterious so we will just trust them?  (If you want to see an example of the jargon they normally use, check out this Eye-Crosser!)  But there’s one place that gets so many questions about “how do you know it’s so old?” they had to make an instruction guide for their speakers:

This is from Grand Canyon Nature Notes’ article to explain Radiometric Dating to their rangers, “Although the radioactive decay is not a linear process like sand in an hourglass, an hourglass provides a good analogy. Turning the hourglass over starts the clock, while the rate of sand  falling through the hourglass provides the “ticks.” The ratio of sand remaining in the top portion to the sand at the bottom allows us to calculate the amount of time since the clock started.”

But for a clock or hourglass to be accurate, you have to know what everything was like when they were first set.  And, guess what, no human scientist was recording the events at the formation of the earth!  There was an Eye Witness, but His testimony has been dismissed by the “Scientific Community.”

I’m going to post more interesting links for you to study in my Quotes of the Day.  But here’s just a taste of the crazy results you can get from Radiometric Dating (copied from CreationWiki):

And these are the craziest of all.  These rocks won’t be forming for another….

Thine, O LORD, is the greatness, and the power, and the glory, and the victory, and the majesty: for all that is in the heaven and in the earth is thine; thine is the kingdom, O LORD, and thou art exalted as head above all. 1Chronicles 29:11

Carbon-14 dating is so important, I’ve done a POST on it.

For more, check out this post at Creation Evolution Headlines: Geological Dates Collapse 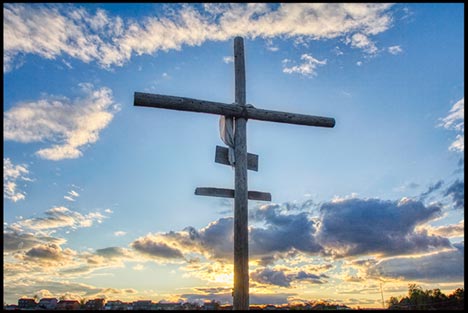 “Then Jesus said, ‘If anyone wishes to come after Me, he must deny himself, and take up his cross and follow Me..." Mark 8:34

“Then Jesus said, ‘If anyone wishes to come after Me, he must deny himself, and take up his cross and follow Me..." Mark 8:34