When I started researching today’s article, I ran into a study that shows why God works slowly and piece by piece to reveal Himself in our lives and in the world.  Turns out scientists have been able to study how much more powerful evidence is when it comes out little by little.  I don’t know why they headlined the article “fooled” by evidence, unless the author resented being swayed herself.

Here’s what God has to say about this gradual collection of new understanding:

And here is today’s collection of quotes:

“It is this habit of presenting conjecture and tentative knowledge as settled fact that makes paleontologists vulnerable to creationist attacks based on “extraordinarily” well-preserved fossils.” from National Center for Science Education.

Of course, “conjecture and tentative knowledge” are all they have to go on, so what choice do they have? 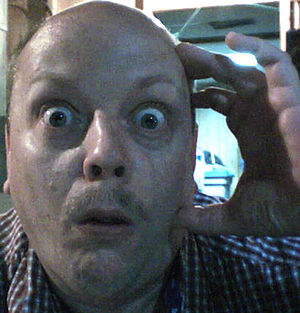 Scientists agree on one aspect of Mary Schweitzer’s research. The tissues she found shouldn’t have been there, at least according to basic concepts of fossilization…. But to another group, Schweitzer’s findings make perfect sense. In the view of young-Earth creationists, soft tissue is proof that fossils aren’t as old as scientists report. After all, according to scientific estimates, T. rex fossils are 65 million years old. Soft tissue and amino acids should last only a fraction of that time. Someone who believes the Earth is less than 10,000 years old may see Schweitzer’s find as compelling evidence for a young Earth rather than a cause to re-examine the nature of fossilization. However, analysis using radiometric dating — the method scientists use to determine the age of fossils — conflicts with the idea of a 10,000-year-old Earth.” From How Stuff Works

It’s so obvious that this fits our worldview better than theirs that they can’t avoid us!  BTW I haven’t covered radiometric dating because it reminds me too much of math.  Until I do a post on it, you can learn more HERE.

“The fact that the soft tissues were preserved for tens of millions of years turns on its head what paleontologists used to think about fossils; that any soft tissue should not last beyond 100,000 years.” by Discovery News.  And that’s being generous!

And one more from How Stuff Works, “For example, researcher Christina Nielsen-Marsh was quoted in by National Geographic as saying that the sequences described “make no sense at all”. In the minds of many, the presence of peptides in a specimen as old as a T. rex is impossible. This means the only option is that the protein came from another source.”

Note that changing the date the animal was buried didn’t even get a moment’s consideration by these scientists.

In that hour Jesus rejoiced in spirit, and said, I thank thee, O Father, Lord of heaven and earth, that thou hast hid these things from the wise and prudent, and hast revealed them unto babes: even so, Father; for so it seemed good in thy sight. Luke 10:21