Why do they drop out? (from Answers in Genesis)

“A substantial percentage of the young adults surveyed said they started to doubt the Bible as early as fourth grade.

“While most said they still believe that the Bible is God’s Word, they also said that the idea that the earth is billions of years old was one thing that caused them to doubt the Bible. Also, one of the main reasons they left church is because they thought it was irrelevant and boring.” 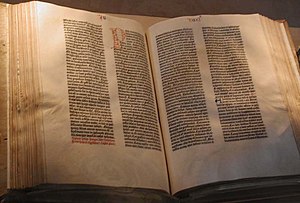 The Gutenberg Bible displayed by the United States Library of Congress

There are many reasons young people drop out, but the undermining of the authority of God’s Word is the overarching reason.

Everywhere you look, Christian leaders will tell us the Enemy is going after our kids. We all know it, but what can we do? Parents have a lot of opportunity to guide their own children, but what about the kids whose parents can’t or won’t help them?

Right now, on my computer, is a book written just for these kids. It’s not too long, it is easy to read, and packed with the kind of information they need to face a hostile world.

There is also a cover letter and synopsis with samples in the inbox of the president of New Leaf Publishing Group. It’s normal for a book proposal to spend weeks or months before overworked staff have a chance to look at it. It’s also normal for newbies to have a difficult time being taken seriously.

It wasn’t even my idea to start out this year with the biggest creation publisher. I know the rules: build a platform first with magazine articles, guest posts, and other small things, then convince them my followers will buy enough product to be worth the risk.

But, it wasn’t God’s plan to wait so long. He gave me the assignment and I’ve done everything in my power to get the book ready quickly and well. There also aren’t many publishing options for books taking the scientific establishment head on. Either you print with a tiny publisher or with Master Books (in the USA). The whole point is to get the word out, not to see my name in print (although that does sound incredible!), so my prayer is to get in with Master Books. 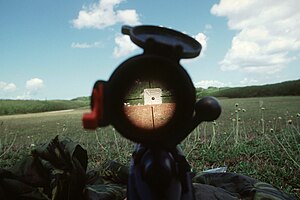 It also isn’t my plan to give you a sob story of pre-rejection/acceptance angst. Last night, Ravi Zacharias brought me to tears when he reminded us of the attack on our youth. Here I am, with an answer all ready, and stuck waiting.

Then I remembered some counsel my dad gave my husband and me when we were heading out as missionaries, “don’t wait until God comes through for you. Bring people in to the faith moment, so they can be part of it and grow too.”

So, I’m asking for your help. If God doesn’t work, nothing worthwhile will happen. But, God is powerful and also loves to hear us ask politely, gratefully, and passionately.

Plus, when God comes through (which He will), you’ll all be part of this and always know Cheri Fields isn’t some super woman who had the way smoothed for her, we all have a calling and it’s all about Jesus!

« A Song of degrees for Solomon. » Except the LORD build the house, they labour in vain that build it: except the LORD keep the city, the watchman waketh but in vain.
It is vain for you to rise up early, to sit up late, to eat the bread of sorrows: for so he giveth his beloved sleep.
Lo, children are an heritage of the LORD: and the fruit of the womb is his reward.
As arrows are in the hand of a mighty man; so are children of the youth.
Happy is the man that hath his quiver full of them: they shall not be ashamed, but they shall speak with the enemies in the gate. Psalm 127

I ran into this analogy recently, but can’t remember who to credit. Here it is in my own words:

The name DNA stands for something called DeoxyriboNucleic Acid. Aren’t you glad they called it DNA for short? Every living cell has this stuff inside to tell the rest of the cell what to make and do next. You can learn how complicated it is in my FBI post.

Now, we’re going to compare it to the ink and paper a teacher hands out for an essay test.

Imagine you’re at a school in the 1700s: no pencils, no cartridges. You have to dip your quill in a bottle of ink and paper is expensive.

In order for you to pass the test, you must prove to the teacher you remember most of what was covered in each area from the last semester. No fill-in-the-blanks, no multiple choice: just the paper, your pen and ink, and your memory! Any score less than an A+ means you flunk.

That’s scary just to think about. 😯

What if you can’t remember a thing? If you just take the ink and splash it around on the page, are you going to pass? Is there any way on the planet the teacher will be impressed with your amazing abilities?

Not a chance. You’d flunk, and so would DNA.

Random collections of fancy acid can never tell a cell how to make anything.

So there’s Abiogenesis out the window, because without every piece in place, a cell can’t live.

What if you want to get from a “simple” cell to a many-celled animal?

Maybe you remember part of what the teacher covered. After scratching away at the paper, carefully writing every detail that pops in your head, you stop dead. Not another thing comes to mind. So what do you do? Randomly rearrange what is already on the paper to form new sentences and wow the teacher?

Not without a massive bribe you don’t!

To have a different function, you have to plug in new information. Only someone who knows the material can add information to produce something new.

This bit is completely my idea.

What if you trade papers with the kid next to you and add his information to yours. You would do better on the test if you aren’t caught. But if neither of you had remembered anything there would have been no information to share.

You still have to start with a smart person to have anything understandable on the test.

Some bacteria and other creatures add information by combining original DNA together. But did they Evolve?

Not in the way Evolutionists need them to. Yes, their children are different and have more DNA, but they still only have information that was already there. It’s been spread around differently, but it isn’t something completely new.

For a self-writing test to work…. do I need to go on?

Or, you could start out with a super smart Creator God who can make everything “very good” from the very beginning!

I will praise you; for I am fearfully and wonderfully made: your works are marvelous; and my soul knows that for sure. Psalm 139:14 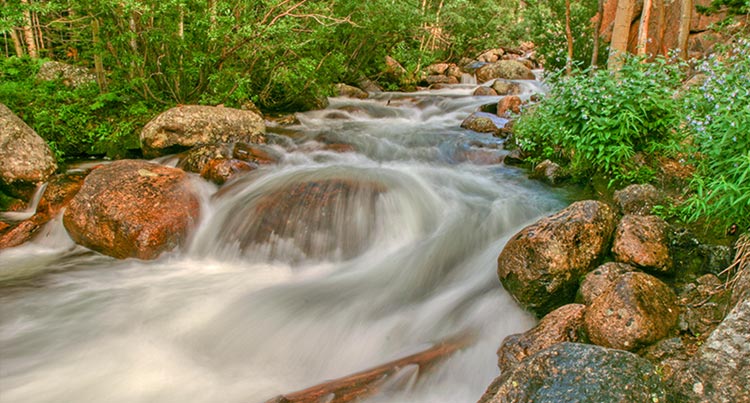