Verily thou art a God that hidest thyself, O God of Israel, the Saviour.  Isaiah 45:15

If you’ve watched the movie Expelled, you will remember that right near the end Stein talks to Richard Dawkins, one of the men that really wants you to not believe in God or at least start to hate Him. Stein asked Dawkins something about what he would say to God if he ever met Him. Dawkins said,

“Bertrand Russell had that point put to him, and he said something like: sir, why did you take such pains to hide yourself?”

Well, as you can see, Isaiah noticed this same aspect of God’s character. So, what’s going on and what should those of us who love and know God through His Son Jesus do about it?

But without faith it is impossible to please Him: for he that cometh to God must believe that He is, and that He is a rewarder of them that diligently seek Him.  Hebrews 11:6

If you read the verses around Isaiah 45:15, you will see that the people God was hiding Himself from wanted to worship idols. They didn’t want to know or worship the God who had created them.

Romans chapter 1 seems to contradict the Isaiah passage where it says,

Because that which may be known of God is manifest in them; for God hath shewed it unto them.  For the invisible things of him from the creation of the world are clearly seen, being understood by the things that are made, even his eternal power and Godhead; so that they are without excuse:  Romans 1:19,20

But if you keep reading, you will see what is really going on:

Because that, when they knew God, they glorified him not as God, neither were thankful; but became vain in their imaginations, and their foolish heart was darkened.
Professing themselves to be wise, they became fools,
And changed the glory of the uncorruptible God into an image made like to corruptible man, and to birds, and fourfooted beasts, and creeping things.
Wherefore God also gave them up to uncleanness through the lusts of their own

hearts,…Who changed the truth of God into a lie, and worshipped and served the creature more than the Creator, who is blessed for ever. Amen.
For this cause God gave them up unto vile affections:….
And even as they did not like to retain God in their knowledge, God gave them over to a reprobate mind, to do those things which are not convenient;…Backbiters, haters of God, despiteful, proud, boasters, inventors of evil things, disobedient to parents,
Without understanding,

I’ve taken out all the really disgusting stuff these people get into, but notice what happens to people who knowingly refuse to glorify God or be grateful to Him for all He has given them:

Why would God go out of His way to do something miraculous in order to prove He is really there? Even if God spoke to them out loud and made the ground shake, they would find some way to deny the truth. It isn’t evidence they need in order to see God, it is a new, humble heart.

There will come a time when God won’t hide Himself any more, but then it will be too late:

We shall all stand before the judgment seat of Christ.
For it is written, As I live, saith the Lord, every knee shall bow to me, and every tongue shall confess to God.
So then every one of us shall give account of himself to God.  Romans 14:10b-12

Every single being in the universe will bend the knee and admit that God is the Ruler.

Now, what shall we do since all this is true?  Here’s the very next verse:

So we should stop judging each other. Let’s decide not to do anything that will cause a problem for a brother or sister or hurt their faith. Romans 14:13 Easy-to-read Version

and also this verse at the end of a long description of such people:

Help those who have doubts. Rescue those who are living in danger of hell’s fire. here are others you should treat with mercy, but be very careful that their filthy lives don’t rub off on you.  Jude 22,23 EtrV

We also need to take this command very seriously:

Finally, brethren, pray for us, that the word of the Lord may have free course, and be glorified, even as it is with you:
And that we may be delivered from unreasonable and wicked men: for all men have not faith.  II Thessalonians 3:1,2

In meekness instructing those that oppose themselves; if God peradventure will give them repentance to the acknowledging of the truth;
And that they may recover themselves out of the snare of the devil, who are taken captive by him at his will.  II Timothy 2:25,26

And ye shall seek me, and find me, when ye shall search for me with all your heart.  Jeremiah 29:13

For more check out these articles:

Christian Apologetics & Research Ministry: An Atheist Says There Is No Evidence For God

Answers in Genesis: “Does God Exist?”

I sing the almighty power of God,

That made the mountains rise,

That spread the flowing seas abroad,

And built the lofty skies.

I sing the wisdom that ordained

The sun to rule the day;

The moon shines full at His command,

And all the stars obey.

I sing the goodness of the Lord,

That filled the earth with food;

He formed the creatures with His Word,

And then pronounced them good.

Lord! how Thy wonders are displayed

Where’er I turn mine eye!

If I survey the ground I tread,

Or gaze upon the sky!

There’s not a plant or flower below

But makes Thy glories known;

And clouds arise and tempests blow,

By order from Thy throne.

Creatures that borrow life from Thee

Are subject to Thy care;

There’s not a place where we can flee,

But God is present there.

From Scripture and Music.com:

Although he never married, Isaac Watts always loved children and wrote much for them. In 1715 he wrote a book of songs especially for young people titled Divine Songs for Children. This hymnal, the first ever written exclusively for children, includes the text for “I Sing Mighty Power of God.” 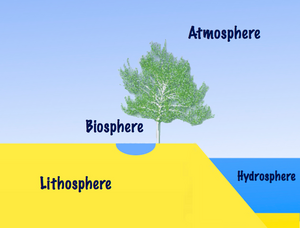