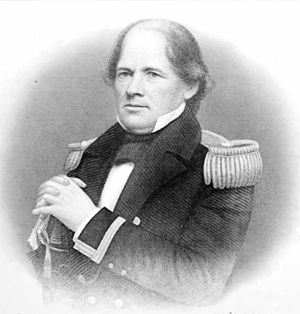 I really wanted to talk about this yesterday, but decided it would be best to get you up to speed on the world’s processes first.  This way you know what it was our mega great grandparents were using as they spread around the world after Babel.

If you look at almost any book that talking about the history of our understanding of ocean currents, you will read about how people didn’t know there even were ocean currents until the 1700s.  First Benjamin Franklin and then Matthew Fontaine Maury in the mid 1800s noticed that there were other things pushing ships around besides the wind bringing us into our enlightened modern age.

These were indeed great men who deserve honor for discovering something that had gotten lost over the years, at least in the West.  But, since I’ve been studying about our super smart ancestors this year, I knew that these men were surely not be the first to have noticed the ocean currents.

I’ve already covered the super early maps that sailors made before the ice caps had a chance to build up.  We have proof that these people were familiar with the Atlantic from the far north to Antarctica.  They would have run into all kinds of currents during all that traveling.  Be sure to follow the link to the Genesis Veracity Foundation website because  Mr. Nienhuis knows more about Ice Age civilizations and how advanced they were than any one I’ve ever run into.

What other evidence do we have that people used and/or understood ocean currents?  A couple of weeks ago I talked about how people from the far East made their way to the Americas to start civilizations like the Olmecs.  I found a whole conference sort of talking about this in Sitka, AK back in 2010.  You can tell right away that they are assuming these people were helpless dummies, but they do admit that they could have easily ended up crossing the Pacific with the help of currents.

One of the coolest things I ran into searching around for this info was that we know that the Phoenicians (you know, the Canaanite sailors) really got around.  I’m sure you’ve studied some about these great sailors of early history, but I bet you didn’t know this:

Turns out, we have found the leftovers of sailing ships, harbors built like the one in Tyre, bricks made to the same specs as back on the Mediterranean, evidence of mining and metal smelting, stone carvings, and (sadly) typical Phoenician altars to their god.  The website that talks about this isn’t interested in Creationism or aliens, they just want the truth about the greatness of the Phoenicians to be recognized for what it actually was.  Unfortunately for them, these truths fly in the face of the Evolutionary story that people long ago were stupid. 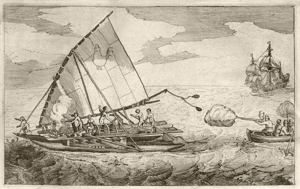 The other people group who certainly knew about the Paths of the Sea are the Polynesians.  Although the history books will tell you that they all came from South East Asia in little boats, there are a lot of other evidences we have for just how great these sailor cultures were.  Their techniques for navigation remind me very much of what Mr. Nienhuis talks about having been in use across the world right after the Flood.  There is also evidence in the genetics and even the plants and animals of the Polynesian islands that a lot of things came from the Americas rather than straight from Taiwan and western points.

I also found a really long, Evolutionary thinking web page that is quite annoyed at the popular notion that the Polynesians came straight from the west.  Turns out their genetics show much closer connections with people from the Americas.  This site also has a really long page talking about all the evidences of Caucasians and other peoples being in the Americas and Pacific that aren’t supposed to have been there.  It has some scantily clad hula dancers among a lot of great pictures and lots of idols, but has tons of unpopular evidence for mingled people, giants and more (I’m going to file that page for future ideas).

Creation Ministries International has an article on Ancient mariners had current knowledge for even more.

God made people really smart; even when we fell into sin we didn’t lose our brainpower.  Our great grandparents weren’t apelike numbskulls, they were brilliant, talented heroes of old.  If only they had been willing to submit to their Creator as their father Noah was!

Wherefore they cried unto the LORD, and said, We beseech thee, O LORD, we beseech thee, let us not perish for this man’s life, and lay not upon us innocent blood: for thou, O LORD, hast done as it pleased thee.
So they took up Jonah, and cast him forth into the sea: and the sea ceased from her raging.
Then the men feared the LORD exceedingly, and offered a sacrifice unto the LORD, and made vows.  Jonah 1:14-16 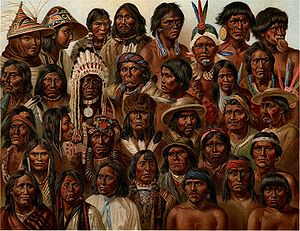 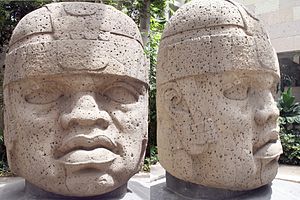