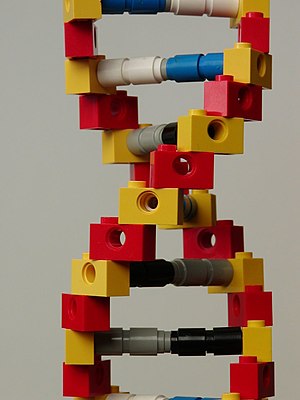 I know, I know, it’s Summer and the last thing you want to do is more “school work.”  But the past two weeks of Creation Today Shows’ interviews with Jay Seegert of the Creation Education Center have been so amazing I had to figure out a way to inspire you to watch or listen to them.  So I decided to write up a study guide.  I promise, once you’ve listened and answered the questions, you will know more about DNA than the vast majority of people out there without crossing your eyes (just blowing your brain)!

Here’s your assignment Part 1:  Listen to this episode of Creation Today Show:  Is Evolution Probable or Problematic? and fill in the blanks.

The analogy he gives here is especially enlightening.  Share with someone in your own words…

This has already started to show you how good God is at making “secret” codes.  Now we’re really going to see how amazing His code system is!How is DNA like some Wheel of Fortune puzzles? ____________.  If you don’t know Wheel of Fortune, they spell out phrases like Jay Seegert does at this point.  If you like brain quizzes, HERE’s a set of these type of puzzles to try to solve.

OK, you can skip the last couple of minutes since it’s just closing notes.

Now on to Part 2 More DNA evidence for special creation, problems for evolution! (You can skip the first 6 minutes if you want)

Back to the data encryption:

(I don’t know about you, but I love their Genesis Series ad!! Way cool stuff!)

Wow!  I don’t know about you but this makes me want to get up and sing to our Super-Smart Creator God!!

We’re learning more about the 3D nature of DNA all the time. Here’s an article from ICR on discoveries reported in 2013: New Twist in DNA Turns Heads, Genes

Great is the LORD, and greatly to be praised; and his greatness is unsearchable. One generation shall praise your works to another, and shall declare your mighty acts. I will speak of the glorious honor of your majesty, and of your wondrous works. And men shall speak of the might of your terrible acts: and I will declare your greatness. Psalm 145:3-6