Today we’re going to practice learning the truth from an ordinary science page that wants you to believe in the earth being billions of years old. I ran into a perfect one studying on Devils Tower so we’re going to see what the US government tells us about this landform. As usual, I’m setting this link to open another browser tab so you can easily click back and forth to see what I’m talking about.

The first paragraph is from what people have seen and recorded, no problems there!

The Stage is Set

“Chalk cliffs with a thick layer of loess The brown coloured loess was deposited during the last ice age.” Wikipedia

Now we get into unobserved history. Notice that they mention that sedimentary rock can form with either water or wind. I had an interesting hunt finding out what kinds of rock are formed by wind without water helping. Finally I found this page: Sedimentary Rocks. If you scroll past all the water formed varieties, you’ll find a paragraph on “Wind.” The two types of wind formed rocks are sand dunes (which aren’t always formed above water) and something called “Loess” (it’s a German word that means “loose”).

I’ve heard about Loess [Low–es in English] when studying about the Wooly Mammoth, because they seem to have smothered in the dust storms that eventually were packed into Loess deposits. Here’s an interesting page about Loess from Canada. You’ll see that all the Loess we have was formed recently when the Ice Age glaciers started melting back exposing the rock flour they had ground up.

Somehow I don’t think this was what Devils Tower formed in. Seems like we’re stuck with water-formed sedimentary rocks!

This next part is why I wanted you to see this. They just slowed the video waaaayyy dowwwwn. Just take their millions of years, seas coming and going, and speed it up to real time. What do you have? A pre-Flood shallow sea catastrophically destroyed by an enormous Flood that washed things around for close to a year. It all fits in just like they describe only far faster.

You’ll see they recognize the Tower was formed during all of this.

The Tower is Formed: An Ongoing Debate

This stuff is great. Who doesn’t like a good mystery? And here there aren’t dead bodies involved!

The Tower is Uncovered

Love this part, “the forces of erosion, particularly that of water, began to wear away the soft sandstones and shales…” (italics added by me). They forgot to put in the millions of years! Oh, that’s because the evidence is against this, as “the Tower itself is slowly being eroded.” If it has been more than a few thousand years (like, 4,500 or so?), the Tower would show a lot more signs of falling down. See my post on Erosional Features for more about this.

Everyone knows the evidence we have for the Flood, they are just blinded to the truth because it’s too uncomfortable.

But if our gospel be hid, it is hid to them that are lost: in whom the god of this world hath blinded the minds of them which believe not, lest the light of the glorious gospel of Christ, who is the image of God, should shine unto them. II Corinthians 3,4

END_OF_DOCUMENT_TOKEN_TO_BE_REPLACED 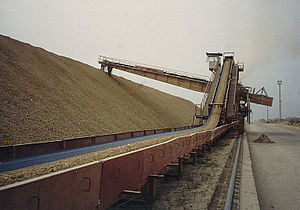