A “guest post” by  Bodie Hodge as shared on Creation Conversations

I had the opportunity to speak to some students, where many in the audience were rather “hostile”

to the Bible and God. One student blurted out in a rather harsh tone:

“Where did God come from? Who created God?”

Normally, those who ask these questions do so in an attempt to disprove the existence of God or at the very least to make themselves feel like they have an excuse not to “believe in God”. I immediately responded to their question with a question and asked:

“On what page of Shakespeare’s book Hamlet could I find Shakespeare?”

“Shakespeare’s not confined to his book, he created it and wasn’t bound to it.”

And this was indeed a brilliant answer. See, Shakespeare wrote the book and isn’t confined to it – he is not bound to it, he is beyond it. It came about by his creativity. He is not part of the book. So with this, I responded:

“In the same way, the God of the Bible is also not bound to His creation, He is beyond it, He created it, He is not limited to it. Let me explain. When you ask the question who created God or where did God come from, you are using the action verbs “created” and “come.” This implies that time is in existence for God to “show up” on the scene at some point after time had begun (to be created or to come about). This is not the God of the Bible, who created time and is not bound to it. So in the same way that Shakespeare, being confined to his book, was essentially an illogical question; so is limiting God to being confined to His creation as a creation within time.”

I remember seeing people sit up and take notice of this short answer. In fact, I doubt many of these kids ever heard anyone actually try to give a reasoned answer to that question. But let me re-explain this in more detail and add to it so you don’t miss it.

The key to the answer is the action verbs “come” and “created”. Using these actions verbs reveals an assumption on the part of the person asking the question. This question presupposes that time is infinite in the past, and that God is bound by time (i.e., a created “god”). However, time is finite; it has a beginning and even scientists recognize this, and those who have read the Bible have known this for quite some time.

God is beyond time; He did not come into existence at some point within time. Instead, He claims that, rather than having a beginning, He is the Beginning and the End (Revelation 22:13). In light of this, the question is an illogical one. God didn’t come from anywhere or anyone. God is the source of everything, and He created time. Time is not absolute; God is absolute. When someone asks “where God came from” or “who created Him”, they are assuming time is absolute and God isn’t—but this isn’t the God of the Bible.

Now apply this to God. God created time. Yet people ask, “who created God” and “where did God come from?” They are assuming that God is bound by time when asking a question like this. In other words, they believe that time was first and then God came onto the scene. From the Bible we learn that time had a beginning (Genesis 1)—that it was started by God, thus God is not bound by time. 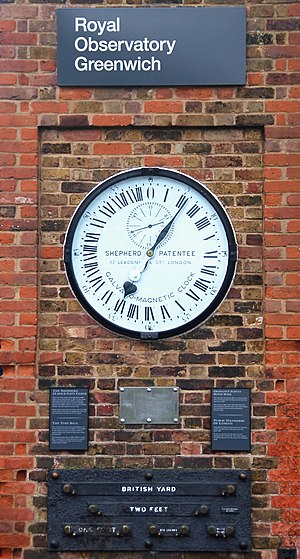 The misconception lies with the view of time. Either time is infinite and God is bound by it (false view of God), or God created time and time is not infinite (Biblical view of God). The God of the Bible is the Creator of time, so so He is not bound by it.

When someone says that God is bound by time, they are saying that God is bound inside of what He created. This is a fallacy. And we would join in arguing against a created “god”. Recall that God created everything physical—including time—because there was a beginning (Genesis 1:1).

Bodie Hodge works with Answers in Genesis and keeps a very busy book writing schedule. Right now he doesn’t have a blog, but I asked him for permission to share this “thread comment” with you all. I really enjoyed reading his book Tower of Babel which he was talking about at the time. 😀

I’ve done a similar post on Time and God you can also check out.

The “Disease” of Millions of Years gets to the heart of the time issue with the Creation/Evolution debate.  It is tempting to go along with the idea of millions of years, but it is the compromise that starts people on the path towards atheism (I personally would rather be an atheist than to believe in a god who had to kill billions of creatures to get to the level we are at today).

Without millions of years, Evolution is impossible and laughable.

With millions of years of fossils, God’s claims in Genesis 1-11 are just myths.

Ye are my witnesses, saith the LORD, and my servant whom I have chosen: that ye may know and believe me, and understand that I am he: before me there was no God formed, neither shall there be after me.  I, even I, am the LORD; and beside me there is no saviour.  I have declared, and have saved, and I have shewed, when there was no strange god among you: therefore ye are my witnesses, saith the LORD, that I am God.