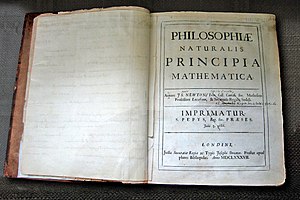 He stretcheth out the north over the empty place, and hangeth the earth upon nothing. Job 26:7

This one doesn’t need any explanation as we all know this is the literal truth.  The only question is, how did Job know?  The rest of the world quickly forgot the truth.  Many people believed that a turtle held up the earth. I’ve also heard that there’s a Russian story of a whale holding up the earth.  But we aren’t given anything so fanciful in the Bible.  Job knew that God made the earth and hung it on nothing.

That in blessing I will bless thee, and in multiplying I will multiply thy seed as the stars of the heaven, and as the sand which is upon the sea shore; and thy seed shall possess the gate of his enemies; Genesis 22:17

God Himself is making this promise of countless descendents to Abraham here.  Since we know that Abraham was born in Babylonia, he had most likely looked through their star glasses and had seen a glimpse of how many stars there are in the Milky Way alone.  In the early 20th Century, we knew that there were millions of stars.  Now, with our satellite telescopes we know that there is no way we can actually count each one.  The very first page I checked to find out what scientists are saying today made this statement, “It has been said that counting the stars in the Universe is like trying to count the number of sand grains on a beach on Earth.”  God’s comparison of stars and sand is still the best one we have today!

Knowest thou the ordinances of heaven? canst thou set the dominion thereof in the earth? Job 38:33

Thus saith the LORD; If my covenant be not with day and night, and if I have not appointed the ordinances of heaven and earth; Jeremiah 33:25

In both of these verses, God Himself is telling us that there are unbreakable rules that both heaven and earth must obey.  The Ancients understood that there were laws that certain things could be predicted to alway happen.  The most famous of the early modern Scientist to develop a definition of universal laws was Sir Isaac Newton with his laws of motion.  Einstein is the other scientist most famous for the equation E = mc² which helps us see how mass and energy interact.  There aren’t really that many physical laws, but that’s because it’s very hard for an observed happening to be classified as one.

Without God there is no good reason for these laws to be so dependable.  I was going to link to some discussions of this, but there were popups and other issues.  In all my searching I couldn’t find any formal “scientific” web page that would try to answer the question of why these laws work so well.  There are pagans and metaphysicists that will take these issues on, but I’m not going to visit their pages, let alone send you there!   Dr. Lisle specializes in this discussion, so you will want to check out his article on God and Natural Law.   The Institute for Creation Research has an article about the processes of the universe, including laws of physics, that cannot be explained without God.

Here’s an article on Johann Kepler who, like Newton, discovered some of these laws and followed God.

And one more modern scientist who realized that the record of Genesis is true based on these laws.

PS I got the idea of the “pillars” of heaven being something other than stone columns because the Hebrew word is the same one used for the “pillar of cloud by night” in Exodus.

More on the Laws of Physics tomorrow!