Continued from The Ice Age: Part 1

Old-Earth Uniformitarians know there has been at least one Ice Age, but they need there to be more than just one to fit their long ages and constant states.  I’ve seen people claiming anywhere from four Ice Ages to eleven with five being the most popular. But the assumption they have to make is that the glaciers and ice sheets melted away completely (with the climate becoming tropical in between) before expanding and spreading over the world again.

Conveniently for those who want there to be a number of Ice Ages, the proof for these times happening over and over for millions of years gets rubbed away by the newest set of glaciers. The last sentence of Wikipedia’s article on Major Ice Ages says, “The scouring action of each glaciation tends to remove most of the evidence of prior ice sheets almost completely, except in regions where the later sheet does not achieve full coverage.”  Yet, they want us to believe their millions of years timeline!

But the problem of figuring out how many ice ages there actually were is minor compared to the problem these scientists have with how a gigantic ice sheet could form in the first place. Have a look at this quote from the book Earth’s Climate History by Anton Uriante:

“One question that has yet to be answered is that of where the moisture required to form such an enormous volume of ice so quickly in the continental sheets (especially the Laurentide one) actually came from. Up until recently, the most widely accepted theory has been that the moisture came from the North Atlantic. For this to have occurred, the surface of the ocean must have remained warm for a fairly long period of time, thanks to the ongoing influence of the Gulf Stream.

However, in order for the huge Laurentide ice sheet to have formed, snow storms much greater and more frequent than those which occur today in Québec and the north-eastern United States would have been required. These snow storms, which must have been ten times as intense as modern-day ones, would have been associated with extremely active fronts generated by the contrast between the polar masses of cold air from the American continent and the warm, moisture-laden air masses which formed over the Atlantic Ocean “

You might want to read that twice. He says that for there to be enough snow to form the ice sheets that we know did form, you have to have a warm ocean and huge storms (10x the strength of the ones we have now). In his next paragraph the author talks about how such a warm ocean doesn’t fit their models and they guess that the evaporated water from the tropical ocean somehow blew north to fall as snow and form these ice sheets. This is a real problem for Uniformitarian scientists, since whatever is cooling the air enough to keep the snow from melting would also cool the water so it wouldn’t evaporate enough to make all that snow.

Do we as Young Earth Catastrophist Scientists have this problem? Does the Bible hold any clues about the Ice Age? Well, let’s think this through from the records left for us from this time. We know there was a beautiful, healthy world before the Flood of Noah’s day. This world was destroyed by water (II Peter 3:6) coming from rain and the fountains of the Great Deep (Genesis 7:11; 8:2).

We’ve got a big clue hidden in the Psalms:

If you look up the special word the Bible uses for Noah’s Flood [Strong’s # 3999: maw-buhl], you will find that it is only used to talk about the Flood of Noah’s day in the first chapters of Genesis and in one other place, Psalm 29:10. You get some really cool pictures of what the Flood was like by looking carefully at this Psalm. I especially love how David keeps talking about “the Voice of the LORD” which echoes Genesis 1 and John 1.

The verse for today is verse 7, “The voice of the LORD divideth the flames of fire.” The word “divideth” means to dig out. Now, what kind of fire would God be digging out of the ground during the Great Flood?  How about volcanoes!

So, we know there were volcanoes active during the Flood year from the Bible, and you can see from the volcanoes around the world that there was a lot of really big eruptions after the water stopped eroding things away. What do these volcanoes do to the climate of our world?

First, let’s look at the water cycle. For water to get into the sky to fall as snow, you first have to have…heat! If the whole world were thoroughly cool, you wouldn’t have enough evaporation to form the great ice sheets of the Ice Age.

The Flood gave earth a double dose of hot water

Remember those fountains of the great deep? All that water was buried down not too far from where the rocks are so hot they are liquefied. When the water burst out, the oceans had a huge dose of heat added to them. Not so great for the fish, but awesome at helping water to evaporate and fill the clouds with water.

Also, if there were a whole bunch of underwater (and above water) volcanoes going off (and forming the Mid-Atlantic Ridge and the islands of the Pacific), you would have even more really warm water. You would also have unusually cool air. This easily makes the world just right for enormous snow storms piling up snow that didn’t have a chance to melt during the Summer, at least not until everything calmed down, which probably took hundreds of years.

The usual time frame I find from Young-Earth Catastrophic Scientists is that the Ice Age took about 500 years to ice over the most and another 200 years to melt back to more or less what we see left around the world today.

BTW This tells you how fast Noah’s children had built more boats and went exploring to make the original Piri Reis Map!!

The ocean levels were also much lower with so much water trapped on the continents. To see some of the signs we find of this happening read my post on Humans once lived Underwater?

Elihu said this about God: Listen closely to the thunder of His voice, and the rumbling that goes out from His mouth. Under the whole heaven He lets it loose, and His lightning to the ends of the earth. After it, a voice roars; He thunders with His majestic voice, and He does not restrain the lightnings when His voice is heard. God thunders with His voice wondrously, doing great things which we cannot comprehend. For to the snow He says, ‘Fall on the earth,’ and to the downpour and the rain, ‘Be strong.’ He seals the hand of every man, that all men may know His work. Then the beast goes into its lair and remains in its den.

Out of the south comes the storm, and out of the north the cold. From the breath of God ice is made, and the expanse of the waters is frozen. Also with moisture He loads the thick cloud; He disperses the cloud of His lightning. It changes direction, turning around by His guidance, that it may do whatever He commands it on the face of the inhabited earth. Job 37:2-12 NASB

PS What does this make you think about Climate Change today?

A whole slew of articles from Answers in Genesis

ICR How Soon After the Flood Did the Earth Return to Equilibrium? 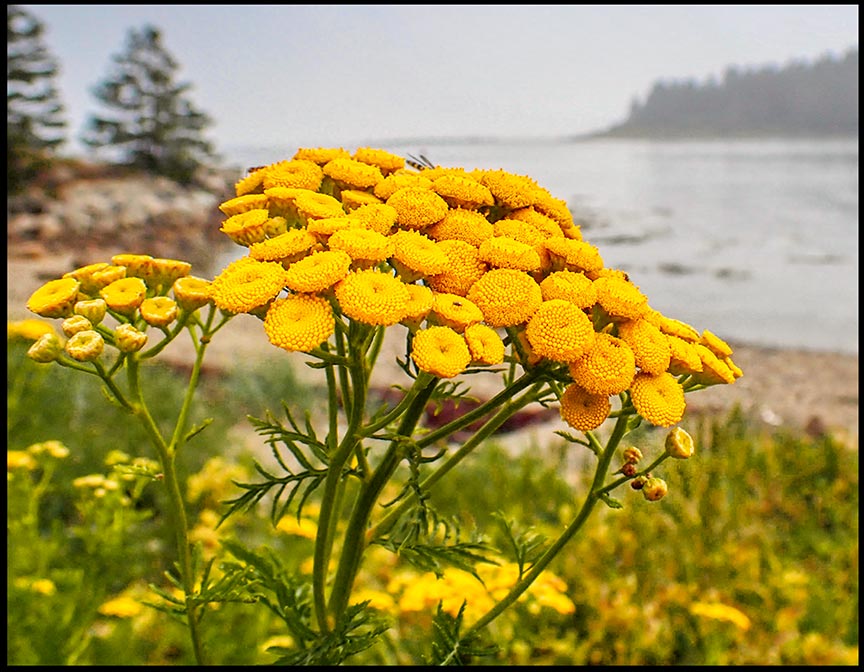 “For it's the God who commanded light to shine out of darkness, who has shone in our hearts to give the light of...” 2 Cor. 4:6