Last night my husband started a series on the book of Romans starting out with an overview of the history and main focus of this letter by Paul. He took us to chapter 1 verses 16 and 17 which have been favorites of mine since I was a girl. Pondering them is a great place to start when preparing to share our faith with people God brings to us:

For I am not ashamed of the gospel of Christ: for it is the power of God unto salvation to every one that believes; to the Jew first, and also to the Greek. For in it is the righteousness of God revealed from faith to faith: as it is written, The just shall live by faith.

There’s so much you could focus on in this short section! I decided to look up the Old Testament passage Paul said He was quoting. Something leaped out at me this time, probably from the many interesting conversations I’ve been having on facebook over the past months. 😀

“Look at the proud: he is inwardly not upright;
but the righteous will attain life through faith. Habakkuk 2:4

As I was considering this verse, my husband asked the most amazing question, “what is the opposite of faith?”

But is this what the verse says? One thing I’ve learned from reading the Psalms and Proverbs is how fond the Hebrew mind was of analogies. You know, the kind you use in the ACT. Like x is like y; c follows b; z is the opposite of k, that kind of thing.  You can often tell you’re dealing with an ‘opposites’ analogy by spotting the “but” in between the contrasting elements and Habakkuk uses “but” right in the middle of our verse!

Let’s see if considering the verse as an analogy makes sense. If the first part is being contrasted with the second, giving you an equation like this:

The crooked proud person is the opposite of the justified trusting person.

In everything I’ve personally experienced (for a taste you can check out the comments on THIS POST) and a lot I’ve heard from others, doubters aren’t a big problem. Actually, genuine seekers are a lot of fun! It’s people who know all the evidences for God and refuse to humble themselves and admit it who cause trouble.

Habakkuk is hardly alone pointing out this truth. Here are a few of many Scriptures to give you the idea:

[God] scorns the scornful,,
but gives grace to the humble. Proverbs 3:34

The wicked, through the pride of his face, will not seek after God: God is not in all his thoughts. Psalm 10:4

The fool hath said in his heart, There is no God. They are corrupt, they have done abominable works, there is none that does good. Psalm 14:1 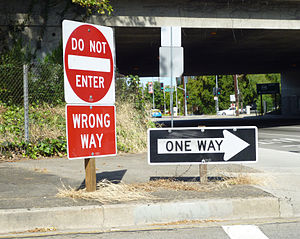 I have spread out my hands all the day unto a rebellious people, which walks in a way that was not good, after their own thoughts; Isaiah 65:2

Because, although they know who God is, they do not glorify him as God or thank him. On the contrary, they have become futile in their thinking; and their undiscerning hearts have become darkened. Romans 1:21

May we never lose the ability to put our brains, emotions, and actions under God’s loving protection!