I didn’t have a chance to write this up before the weekend, so this is a day late.  But who cares, it’s still Easter in Germany (they make it a two-day holiday) and I’m going to keep celebrating the Risen Savior for the rest of eternity!!

This topic was a little harder to connect Jesus into Genesis, since Jesus was the first one ever to stay alive forever after death.  God helped me remember a few things, so here goes!

Chapter 5 of Genesis is one of those chapters that is really hard to get through when you’re young and just want to hear stories, but right in the middle is a really interesting verse about Enoch, Adam’s 5x grandson.

And Enoch walked with God: and he was not; for God took him. Genesis 5:24

Just what is this verse telling us?  We could be a little confused except that this happened again thousands of years later to Elijah:

And it came to pass, as they still went on, and talked, that, behold, there appeared a chariot of fire, and horses of fire, and parted them both asunder; and Elijah went up by a whirlwind into heaven. II Kings 2:11 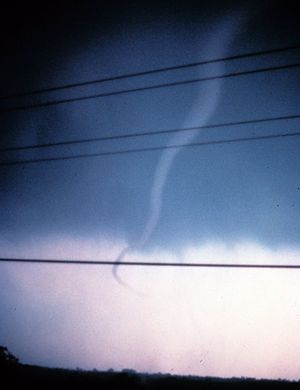 This second time Elisha was there to see what happened to Elijah and tell us about it.  Elijah didn’t die, didn’t leave his mortal [can be killed] body behind like everyone else did.  Instead God sent fiery horses to separate Elisha so he wouldn’t get sucked up too, and then a tornado grabbed Elijah and took him up to Heaven.  Wow, I wouldn’t mind going that way, I think.So, back to Enoch.  Something similar seems to have happened to him.  Or, maybe God made a pathway that lifted off the earth and connected straight to Heaven since he “walked with God”.  It is left to our imaginations to try to picture!  We are only given a tiny bit of information about what Adam and the people before Abraham’s time were told about God and His plans for people.  But from this story we know that they knew that death isn’t the end of us.  They knew that Enoch didn’t just turn into dust and stop, God had taken him up to His home.

Some of us think both of these men have a job to finish here on earth someday.  You can decide for yourself by reading Revelation 11.  It would sure be cool to watch these guys (who ever they actually are) breathing fire and driving the wicked people crazy!

The next clue we have about what the earliest people knew of life after death comes from Job.  ICR has a really cool book I want to get for myself about all the science and other things we can learn from his story.  Job seems to have lived just a few hundred years after the flood when people still lived over 200 years (see Job 42:16).  He lived hundreds of years before Moses and wasn’t even part of Abraham’s close family.  Here’s what he had to say about the resurrection:

For I know that my redeemer liveth, and that he shall stand at the latter day upon the earth:  And though after my skin worms destroy this body, yet in my flesh shall I see God:  Whom I shall see for myself, and mine eyes shall behold, and not another; though my reins be consumed within me. Job 19:25-27

This little statement tells us that Job already knew that he had a Redeemer.  What is a redeemer?  This title was used to talk about a relative who would pay the debt for a poor person, or execute the murderer of his relative.  Jesus did both of these things! He paid our sin debt so we could be clean with God and He is going to destroy Satan who murdered us with lies in Eden.

Job also knew that this Redeemer would live on earth someday, but not yet.  How did he know this?  We don’t know.  God must have told these early people something about His plans and Job believed Him.

Job knew that he would die and his body rot (I’m sure you boys enjoy thinking about all that more than I do.  Ewww).  But Job was very sure that death wouldn’t be the end of him.  He even knew that he wouldn’t be a ghost, he would have a new body with real muscles and eyeballs able to look at God and not die (Exodus 33:20).

Now fast forward to Jesus.  This post is getting long already, but if you’re interested I can post later about what the Bible tells us happened to God-fearing people who died before Jesus’ resurrection.  Matthew 27:50-53 has a cool detail tucked into his telling of Jesus’ death.  He tells how there was an earthquake when Jesus died and that a bunch of tombs cracked open.  Then after Jesus’ resurrection the godly people who had been buried in those tombs came out and were visible to the believers!  Awesome!

Jesus really truly did come alive and because of that, we know that we too can live forever with Him if we belong to Him!

Praise the name of the LORD!!!

But now is Christ risen from the dead, and become the firstfruits of them that slept.  For since by man came death, by man came also the resurrection of the dead.  For as in Adam all die, even so in Christ shall all be made alive.  But every man in his own order: Christ the firstfruits; afterward they that are Christ’s at his coming. I Corinthians 15:20-23

Jesus saith unto him, I am the way, the truth, and the life: no man cometh unto the Father, but by me. John 14:6