The Whole World Knows the Mountains were Underwater

Global Flood-Deniers often claim that there couldn’t have been a world-wide flood because the mountains are too high to have been covered by water. This is also used by people who say they love God and the Bible, but have been blinded by the voices crying out that the earth must be very old.

As the link above shows, they use all kinds of Bible verses and Hebrew words to prove that God (and Noah) didn’t really mean what they recorded, but actually meant some local flood (that required one gigantic boat for some reason).

But what do we actually know about the mountains on earth?

Have a look at these quotes:

Seafloor to Summit, “Mount Everest is an extremely complicated mountain with several major faults that dissect it….. Therefore, the research agenda for 2012 will be directed towards gaining a better idea of the mineral composition, strain and age of rocks… This will include collecting a suite of samples to better date and describe the fossil-bearing marine limestones that form the summit pyramid of Everest;”

Did you catch that last bit, “fossil-bearing marine limestones that form the summit”? In plain English that means dead sea creatures in the rocks at the very top of the tallest mountain on earth.

And sea creature fossils on nearby peaks:

“Lhotse’s [8,516m/27,940ft peak] most defining aspect is its striking peak on the south face which has been reported as encompassing a variety of marine fossils….”

“These fossils merit special interest for several reasons: •They were buried in an underwater avalanche of fine mud that preserved exceptionally fine details of the structure of their soft parts.”

Have a look at the drawings of the variety of sea creatures buried up there.

The Rockies in General:

“From the moment the Rockies emerged from the ancient oceans, the agents of water and ice have been wearing them down and sculpting their rugged face.”

Here’s a picture of trilobites high on one of these mountains.  If you have time, there’s a long PDF of fossil sharks found in the Colorado mountains in Minturn (around the corner from Vail) elevation 7847ft [2392m]. I liked the reconstructions of the pre-Flood sea and land formations, very interesting!

“Marine fossils are present within the black silty shale 165 to 178 feet above the lowest exposed strata.”

Dolomites of Europe, this is a translation, so the English is a little rough:

“From what once was a warm and tropical see – with a position more South of what it is today – full of life and furrowed from warm sea flows, the mountains that we know today where formed. Small organisms, the corals, could live and multiply in the course of time in what was a gulf called Tetide…. With the help of the rocks and with the happenings of volcanic eruptions and various catastrophes…”

The Dolomites reach to a height of 3200m [10,300ft] and are some of the spikiest mountains in the world.  (For geology buffs, check out this article from Creation Evolution Headlines on Dolomite.) 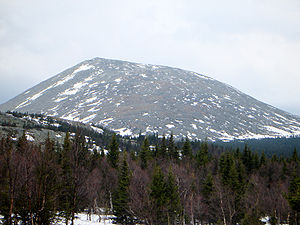 Mount B.Iremel in the Urals

“Located in western Russia, the Ural Mountains were once at the sea bottom, which explains the high quantity of marine fossils found in the area.”

“mountains were forming such as in Papua New Guinea, as the continents crumpled together. Former huge corals off Sulawesi, Indonesia, had also been lifted out of the seas by the same huge forces.”

“Delving further back in time, Dr Bridget Ayling went in search of 400,000-year-old clams in the tropical jungle of Papua New Guinea, where tectonic forces have lifted marine fossils to 1200 metres [3,937ft] above sea level. With the help of villagers, she collected more than 10 of the giants, whose chemical make-up reflects the sea temperature and salinity when they were alive. “They were exceptionally heavy and two men were needed to carry each valve down,” Ayling says.”

I could go on, but I think you get the point.  It’s all a matter of interpretation of the facts.  What would it take for these people to believe, finding a sign saying “2,500BC” on the fossils?  God doesn’t do things like that, He wants our faith.

and the mountains were covered.

And all flesh died that moved upon the earth, both of fowl, and of cattle, and of beast, and of every creeping thing that creepeth upon the earth, and every man: all in whose nostrils was the breath of life, of all that was in the dry land, died.

And every living substance was destroyed which was upon the face of the ground, both man, and cattle, and the creeping things, and the fowl of the heaven; and they were destroyed from the earth: and Noah only remained alive, and they that were with him in the ark.

And the waters prevailed [were mighty] upon the earth an hundred and fifty days. Genesis 7:19-24

For more, check out:

The Biggest Wrinkles Ever: Folded Mountains

If you sensor my previous comment than I win the debate.

Not at all. If you insult me, and I turn away, doesn’t that mean the insult is accurate? Hardly.

I’m afraid I don’t see your point. Did I attempt to claim the mountains were full height when they became filled with fossils?
However, I really appreciate your comment since looking over this article it seems I forgot to link to the posts on how the mountains got so tall. Thanks!

Thanks! The more, the merrier! 😀

The evidence is amazing and abundant. That’s a great concise list of some!

Thanks. Wait til you see what I’m working up now!

Again you are on target. I agree wholeheartedly. 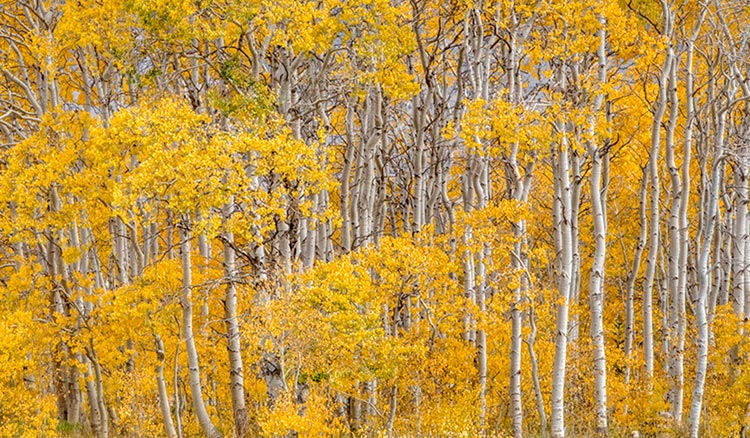 “The kingdom of heaven is like a mustard seed. Although it is tiny seed, yet it grows into the largest of trees…” Matt. 13:31–32 "

“The kingdom of heaven is like a mustard seed. Although it is tiny seed, yet it grows into the largest of trees…” Matt. 13:31–32 "