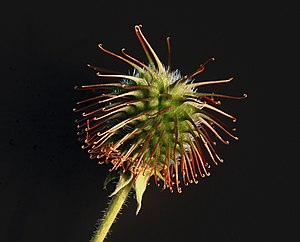 When I was a girl I read about how a Swiss guy pulling prickle-burrs off his hiking socks got the idea to invent Velcro in 1948.  At the time no one thought much of it, since people had been copying animals and other things since the beginning of time (think planes copying birds).  But in the past 15 years or so, looking to the natural world for smart design ideas has become very popular and useful.

Now we call this kind of study Biomimicry [bio-mih-mih-kree] which just means “copying life.”  It is one of the fastest growing and helpful ways for scientists and engineers to figure out new ways to help us do the things that we want to do.

In 2008 I read a National Geographic article about this study and thought it strange that they had this to say, “For all the power of the biomimetics paradigm, and the brilliant people who practice it, bio-inspiration has led to surprisingly few mass-produced products and arguably only one household word—Velcro, which was invented in 1948 by Swiss chemist George de Mestral, by copying the way cockleburs clung to his dog’s coat.”

That may have been true right then, but why put in something so depressing to the people working on such projects?  Well, if you read yesterday’s post about the design of our eyes, you could imagine how annoying it is for Evolutionists to have to admit how well designed natural things actually are.

Although one of the largest organizations focused on Biomimicry is very Evolutionary in their thinking, this is one of the areas that Creationists are actively working in.

Andy McIntosh is a young earth Creationist who is one of today’s pioneers of Biomimicry. (Be sure to read his page that I linked to and find his testimony about 2/3 down.)  He and his team of scientists won an award in 2008 for copying the Bombardier Beetle.  This little bug can spray a nasty, boiling hot liquid at ants or other things (like people) who bother it.  Of course, this isn’t what the scientists are trying to do (although the military might be interested).  They are hoping to be able to use the same processes to help in medicine (imagine not having to use needles, just a spray), fire extinguishers and engines.

Here are some other areas that we’ve been able to improve by looking at God’s Creation:

Easy to Clean Paint etc.  based on the Lotus leaf’s rough surface

Eastgate Building, Zimbabwe based on a termite tower’s cooling system

All of these are already being used in things that you could buy right now.  There are dozens of other ideas in the works from cars to tape to medicines using God’s world as a guide.

Like every other Evidence we can learn about how the Universe and everything in it functions, Biomimicry can’t prove God is the Creator.  We still have the choice of whether we want to worship Him or not.  As for me, I’m going to praise and honor the One smart enough to make things that the rest of us can only copy.

Quote of the day: “Nature moves water and air using a logarithmic [fancy math term] or exponentially growing spiral, as commonly seen in seashells.”  God IS a mathematician!

I wisdom dwell with prudence, and find out knowledge of witty inventions.

The LORD possessed me in the beginning of his way, before his works of old. I was set up from everlasting, from the beginning, or ever the earth was.

Then I was by him, as one brought up with him: and I was daily his delight, rejoicing always before him; rejoicing in the habitable part of his earth; and my delights were with the sons of men. Proverbs 8:12,22,23,30,31